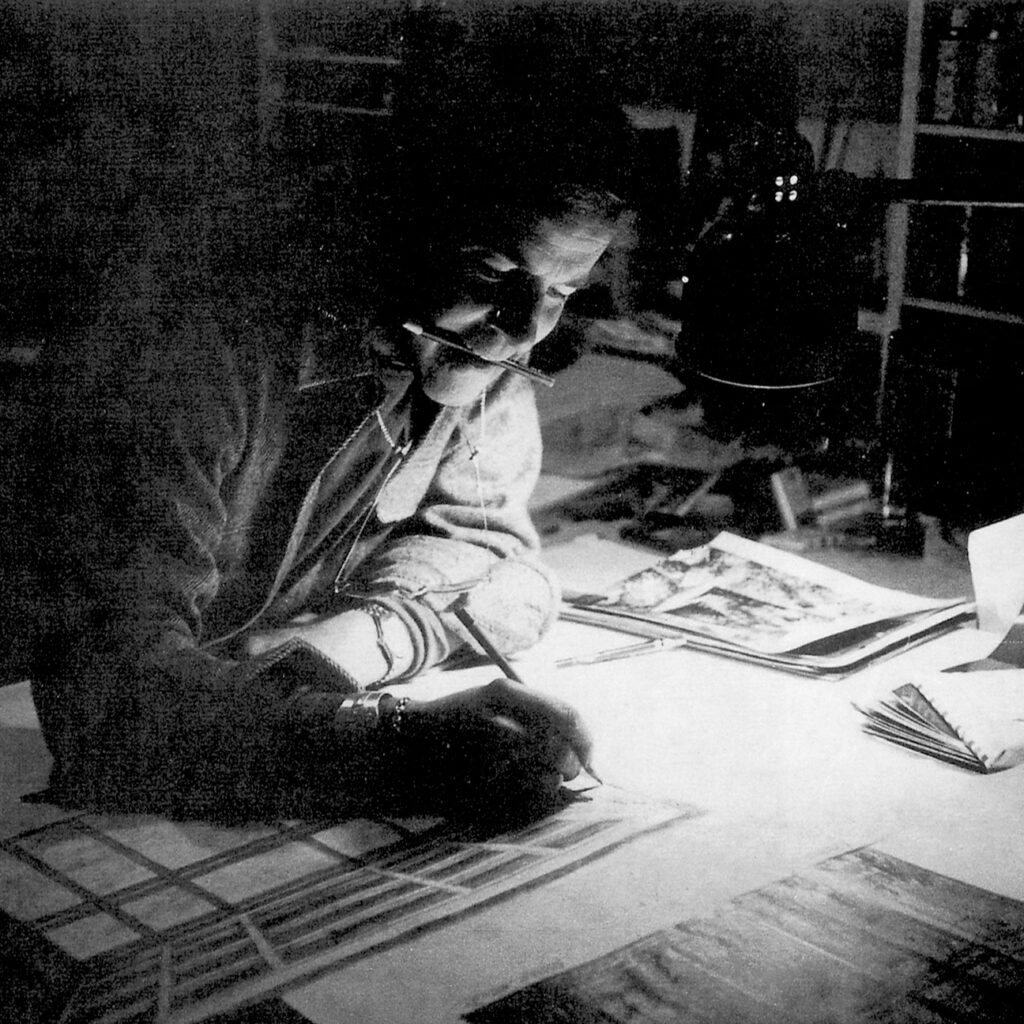 Theater director Franco Zeffirelli in his studio as he designs a staging for one of his operas.

THE SCENOGRAPHER magazine was launched in 2002, the fruit of an idea by a group of Italian and British journalists and academics who had previously collaborated on the publication of a magazine on architecture and film. The decision to publish a periodical celebrating the art of production design was reached following an exclusive interview in London for a feature on the Academy Award-winning film production designer Ken Adam, to whom the pilot issue (number 0) was dedicated.

That same year began a ground-breaking collaboration with the Art Directors Guild and the Set Decorators Society in Los Angeles, for over a period of three years, during which THE SCENOGRAPHER team developed contacts with a great number of American production designers.

The historical documentation we present is the result of a 13-year collaboration.
They are exceptional documents, all exclusive, which we offer in digital edition to our readers at a cost of only € 10.
Download the copy you have selected, without any limitation.

After paying for the copy send an email to info@thescenographer.org  and indicate the copy you want to download.
Wait for the link to open the PDF file that we will send to your email address.

Have you considered the benefits you can obtain by purchasing a digital edition?
We can summarize this in 4 points: cost optimization, greater user interaction, ease of use, continuous updating.